What is the adapter for?

INSAFE SEATBELT GUIDE redirects the lap belt away from the belly of pregnant woman to the hips and groin of the expectant mother, therefore, the force with which she can be ejected during an accident is not directly exerted to the belly, which guarantees greater safety for the developing foetus.

The seat belt adapter for pregnant women can be used in the front and rear seats. It can also be used by a woman who is a driver or a passenger.
Using the adapter eliminates the danger of putting too much pressure on the belly in the case of sudden braking or traffic accident. Such a great and rapid pressure causes increased pressure of amniotic fluid and can result in placental abruption or even cause direct foetus injuries. The consequences may be tragic, therefore, using the adapter is recommended from the 2-3 month of pregnancy or if it is noticeable until the end of pregnancy. It enables a better protection of the unborn child while travelling by car. 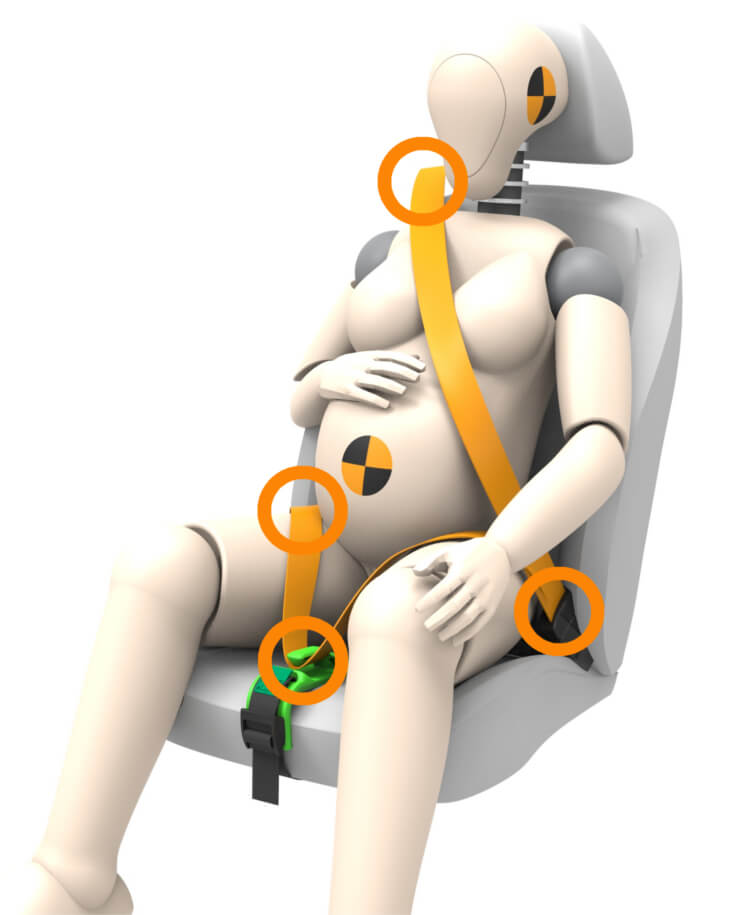 The video on the left side demonstrates a computer simulation of a head-on collision using a digital model of pregnant woman. A critical area for the safety of the foetus in the womb is seen and that is an area where the lap belt puts pressure on underbelly.

INSAFE adapter prevents the belt’s tendency of sliding up, to the middle part of the abdomen and further to the chest, therefore, it prevents a dangerous phenomenon of so-called “diving” during a collision, which is slipping underneath the lap belt and is shown in the video below.

While using the adapter, the seat belt does not put pressure on the belly and it is not necessary to adjust it repeatedly, which provides the expectant mother with comfortable driving. The adapter is recommended from the third month of pregnancy or if it is noticeable until the end of pregnancy. It can also be used by people with abdominal obesity, after abdominal surgery and after a caesarean section.

Features of the adapter

The risk of the unborn child’s injury is reduced

The expectant mother can drive a car comfortably

Made from high-quality materials. The adapter was designed and made in South Korea

Small, easily fits in a bag

Why is this adapter better than others?

Other adapters hold the belt on the underbelly and hips with uncertain strength of burrs and press studs. The characteristic of the adapter INSAFE, as opposed to many others, is that it enables to lower the seat belt below the belly, redirecting the possible contact force to iliac spines and groin.

The adapter INSAFE is universal – it fits most car models. It can be installed in the front and rear seats of the car. Its installation is quick and easy. 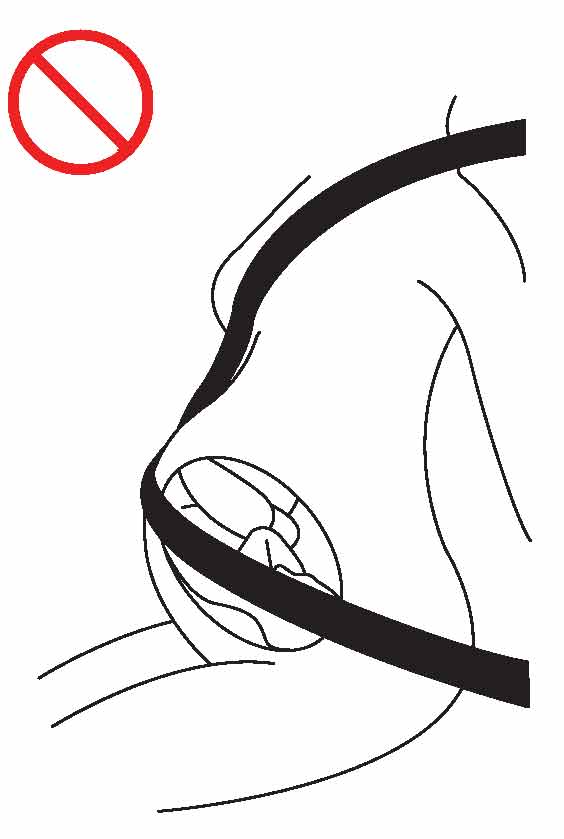 Pose a threat to the mother’s and child’s safety. During an accident, the mother’s body can “dive” underneath the seat belts. 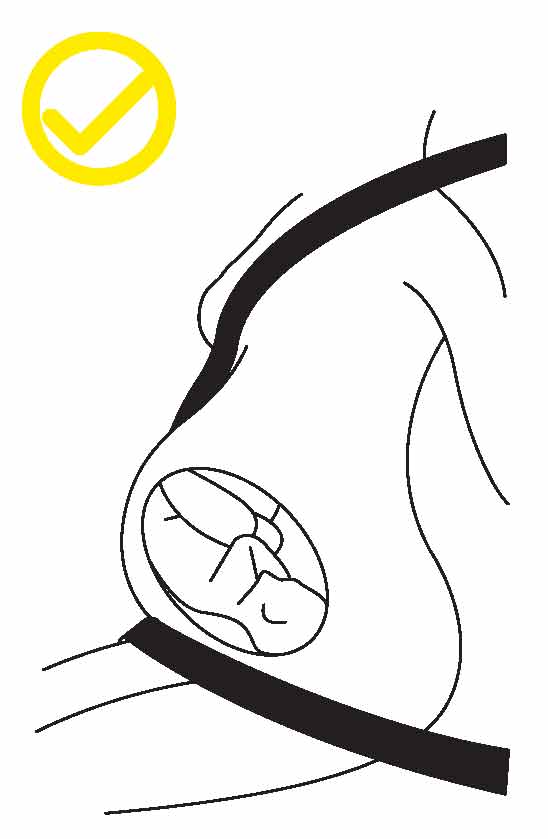 Enhance women's safety. However, they pose a threat to the child, caused by the pressure of a seat belt on the belly during an accident. 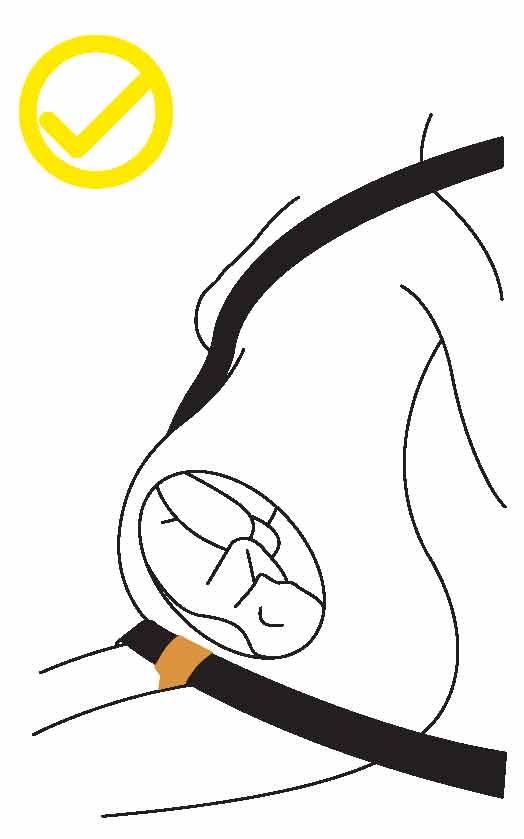 SEAT BELTS FASTENED WITH OTHER ADAPTERS

Offer enhanced safety in the same way as correctly fastened seat belts without an adapter. However, they pose a threat to the child, caused by the pressure of a seat belt on the belly during an accident. 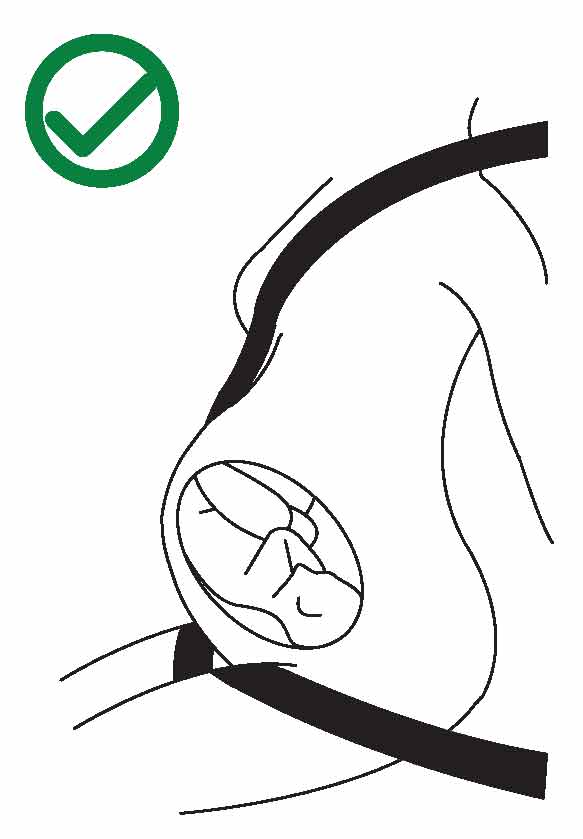 Significantly enhance the safety of the child and the mother at the same time. They change 3-point seat belts into the 4-point system. 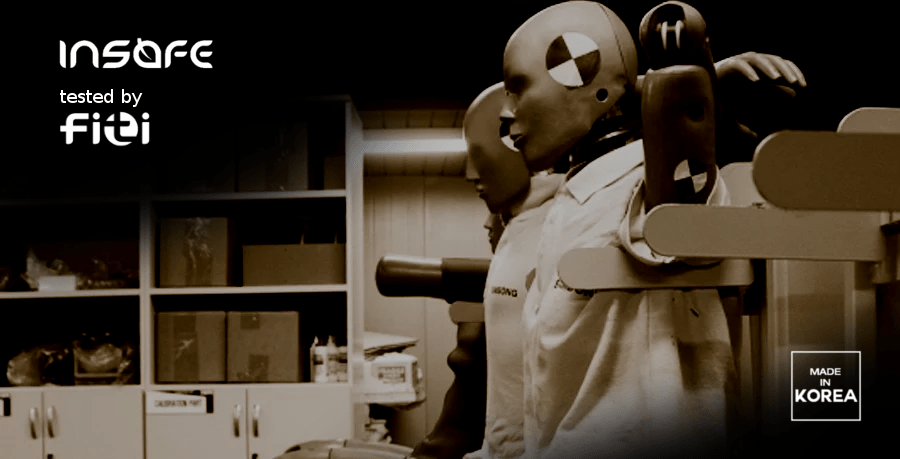 INSAFE SEATBELT GUIDE is a high-quality product, designed by Korean engineers. The entire production is carried out in South Korea, famous for modern technology. The adapter’s construction is very strong, because it was made of stainless steel, which is 6.4mm thick and coated with a non-toxic soft material. A project of INSAFE was carried out with the support of the government organization Seoul Business Agency. Each part of the adapter’s belt was designed with in-depth verification using computer simulations in order to take different types of traffic collisions into account.
The quality tests of the materials from which the INSAFE adapter was made were carried out by the FITI Testing & Research Institute in Seoul. The INSAFE adapter has been subjected to dynamic tests in accordance with the European safety standard ECE R16, in a laboratory belonging to the Korean manufacturer of car safety belts - company Samsong Industries and in a laboratory TÜV SÜD.

INSAFE SEATBELT GUIDE is a unique project made of advanced materials

The construction is made of stainless steel coated with a soft rubber in the process of thermoforming. All edges are smooth so that clothes do not catch on the adapter. The colour of the adapter was not chosen accidentally. Analyses have shown that the lime colour is pleasant for eyes but, most of all, it is easily noticeable, which is extremely important during rescuing and pulling injured people out of the car. At the scene of an accident rescuers should be able to notice it easily that the woman is attached to the seat belt adapter and to release her quickly. Adapter INSAFE absolutely meets these two requirements. 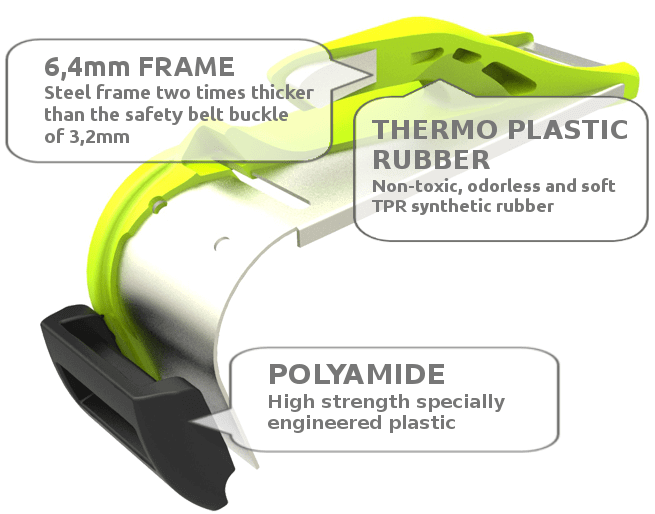 INSAFE SEATBELT GUIDE has a number of national patents and an international patent within the Patent Cooperation Treaty WIPO | PCT.

FITI Testing & Research Institute is a global research and development company, which was established in Seoul, in 1964 and has laboratories in 13 countries in the world. Over 100 world’s best apparel brands and overall over 25 000 clients use the services of FITI in terms of research and testing. 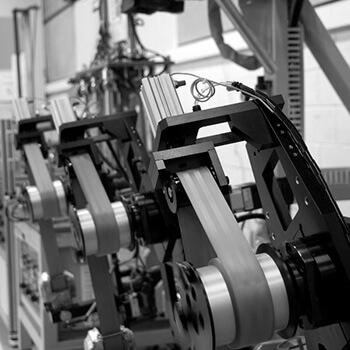 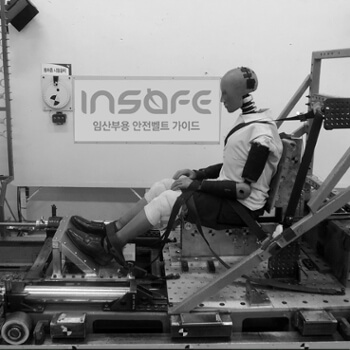 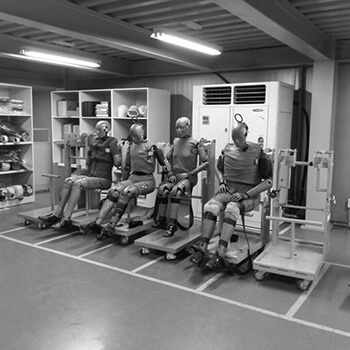 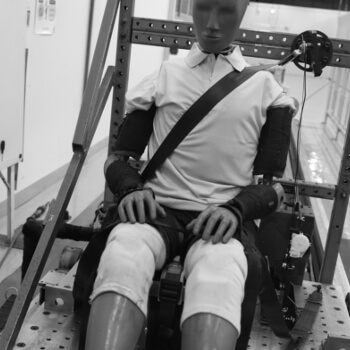 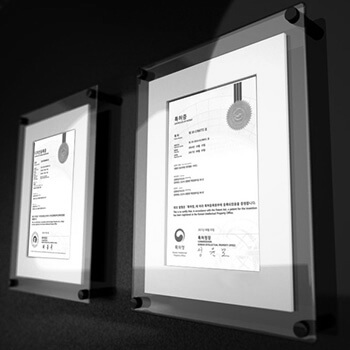 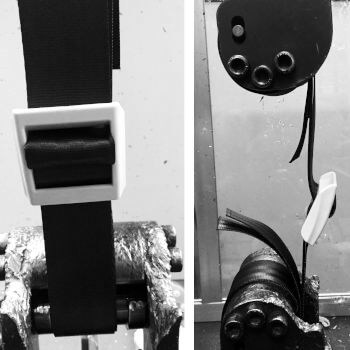 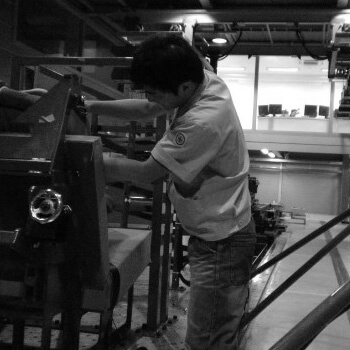 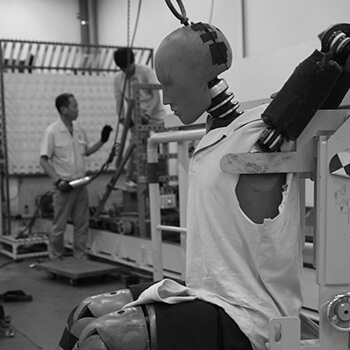 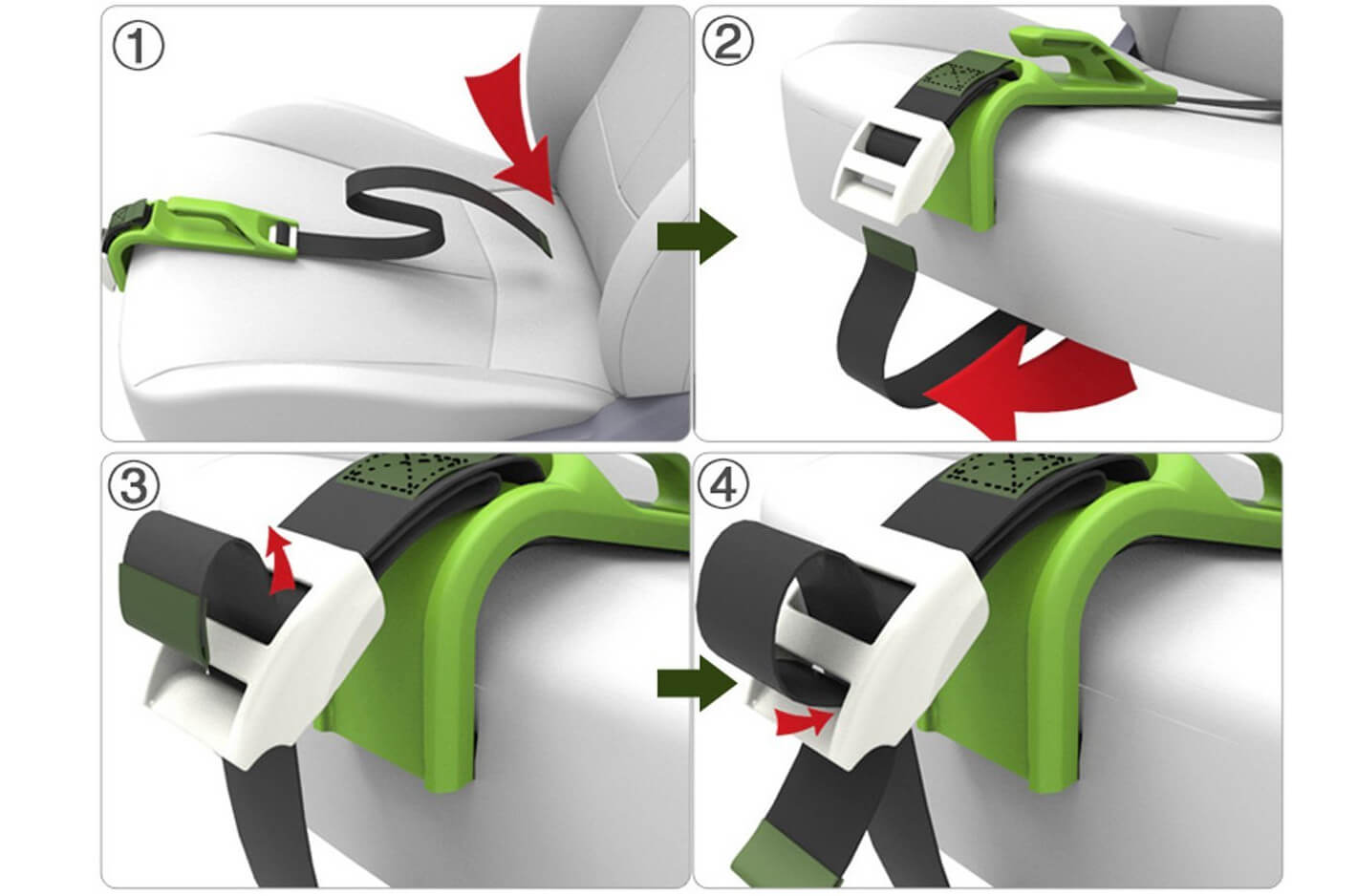 INSAFE SEATBELT GUIDE enhances ride comfort and safety of the unborn child (and maintains the mother’s basic safety performance at the same time). However, it is important to remember that using the adapter INSAFE does not provide the guarantee of avoiding injuries or death in an accident. Such a guarantee is provided neither by the seat belts nor other devices installed in the car.

Travelling by car by pregnant women poses a threat to the child in the mother’s womb. If it comes to an accident, there is a high risk that the unborn child will sustain injuries or die. If travelling by car by women in an advanced stage of pregnancy is necessary, they should do everything to reduce the threat.

The video below demonstrates what happens to a person which does not wear seat belts during a head-on collision at the speed of 64 km/h (37 mph).